Parma, 5 February 2019 – Inter will be Parma’s next opponents with the match kicking off at 20:30 CET at the Stadio Tardini. Ahead of the match, let’s look back to what happened the last time we met.

On 15 September 2018, Parma were without a win in the league. They went into an extremely tough away game at San Siro against Inter following a promising performance during the home loss against Juventus. The starting XI was:  Sepe, Iacoponi, Stulac, Barillà, Gobbi, Di Gaudio, B. Alves (cap.), Gervinho, Gagliolo, Rigoni, Inglese.

Parma created the first chance of the game. Di Gaudio played the ball in from the left for Inglese but Handanovic saved. Inter responded from a corner but Skriniar couldn’t hit the target from close range. It was Inter again when Perisic was set up from the left but Sepe saved. The first half therefore finished goalless. 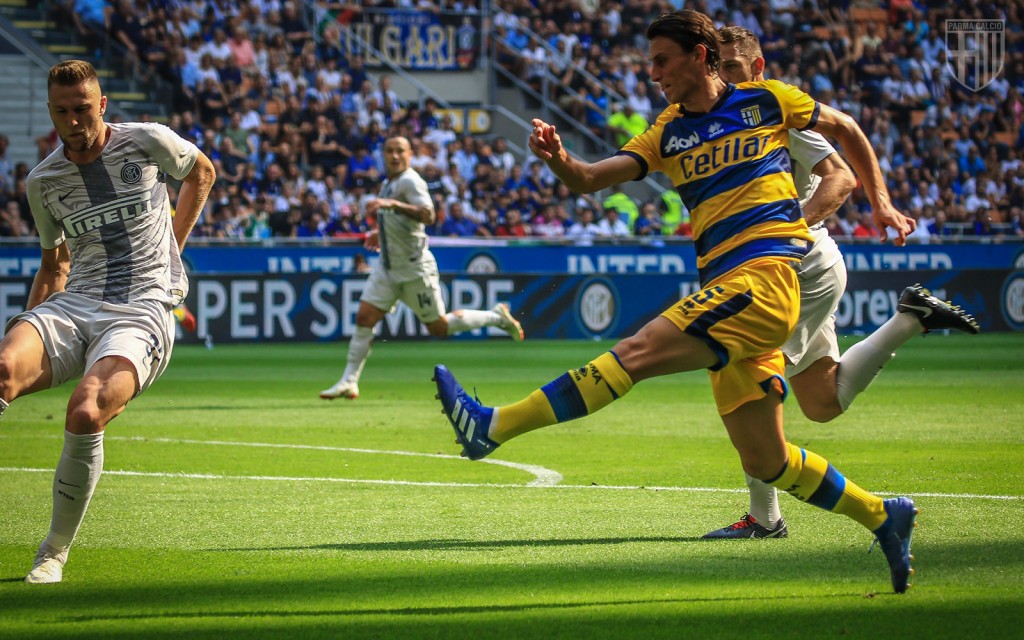 After the break, Gobbi was struggling and had to be replaced by Dimarco, on loan from Inter. The first chance of the second half came about through him. Stulac got away from his man and fired off a shot but Handanovic saved. The Nerazzurri had further chances through Perisic and Nainggolan. 11 minutes from time, Parma scored the winner. Dimarco picked up the ball up from the left and fly with an unstoppable long-range rocket.

The Crociati almost added a second when Gervinho cut in and shot but Handanovic saved from the Ivorian before getting up to keep out Inglese’s follow-up effort. It finished 1-0 for Parma who picked up a first win of the league season.