Parma, 11 March 2019 – Lazio will be Parma’s next opponents with kick-off at 15:00 CET on Sunday 17th March at the Stadio Olimpico. Let’s look back to the previous encounter with our Match Review.

FALLING AT THE FINISH

“We work every day to approach one game a week regardless of positions in the table while looking to prepare well at both ends for every match. If we’ve claimed points from difficult circumstances, it’s thanks to the attitude of the guys. We can never feel satisfied, we need to keep doing what we’ve been doing.” Those were the words of Roberto D’Aversa ahead of the previous match against Lazio at the Tardini on 21 October. The line-up consisted of Sepe, Iacoponi, Stulac, Barillà, Gobbi, Di Gaudio, B. Alves (cap.), Siligardi, Gagliolo, Rigoni, Inglese. 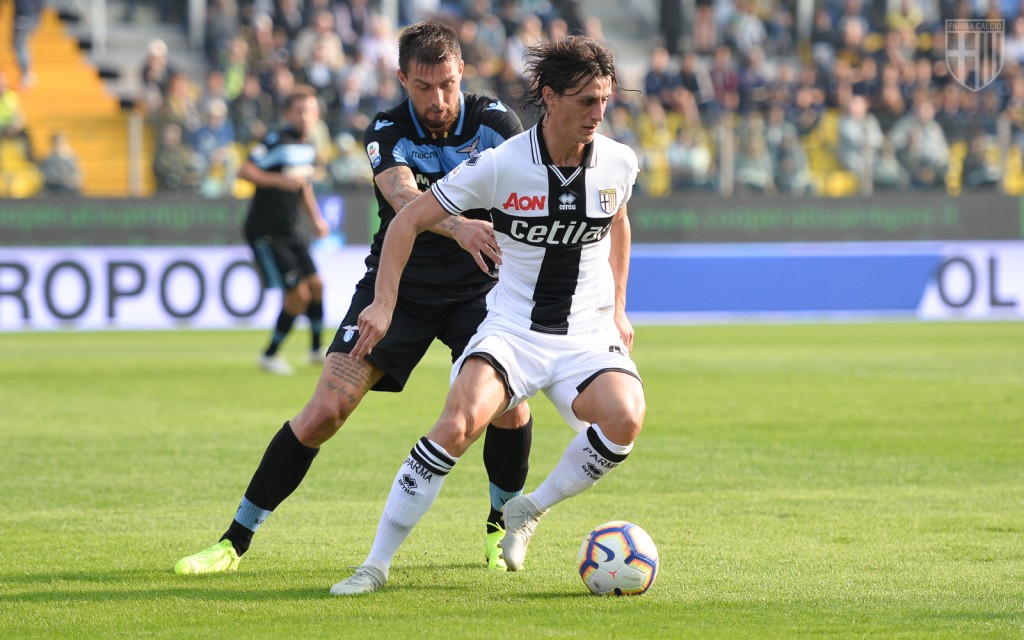 Lazio started well with Lulic missing the target. Parma responded through Inglese who had a chance to opened the scoring but he narrowly missed the target. Sepe closed Patric down when he was through on goal and that was the final chances of the first half. After the break, Immobile fired over from in front of goal after being set up by Milinkovic–Savic. Parma were doing well only for Immobile to fire Lazio ahead from the spot ten minutes from time. With time running down, Correa made it 0-2.

“We need to stay positive and learn as much as we can from what happened today on the pitch in order to improve,” said the captain Bruno Alves after in the mixed zone.

The photos from the game.