Parma, 6 December 2019 – In just two days, Parma travel to face Sampdoria away in the league, with kick-off for matchday 15 of Serie A coming at 18:00 CET on Sunday 8 December.

On this day 21 years ago, Parma made the exact same trip, recording their first-ever win over the side from Genoa back on Sunday 6 December 1998.

It’s this exact page of Crociati History that we look back on today.

The match ended in a 2-0 win, with the old flame of both sides, Enrico Chiesa, absolutely bossing the show. The prolific goalscorer netted twice in the space of a minute either side of half-time, his brace completely decisive in the outcome of the game.

In the 45th minute he met Dino Baggio’s delightful cross in from the right with his head, directing it past the helpless Fabrizio Ferron and into the net to make it 1-0.

As soon as he stepped out of the dressing room and back onto the pitch, he found a second with a delightful finish in minute 46.

Played in with a pinpoint through ball from Lilian Thuram who had just won it back in midfield, our number 20 drove into the opposition area. There he beat both Nenad Sakic and Ferron before smashing home with his left.

After that win at the Stadio Luigi Ferraris in December, Parma were flying in the league and well and truly in the title race.

Three days earlier they had lost the first leg of the Coppa Italia quarter-finals 3-2 in Udine, and two days later they then won the second leg of the UEFA Cup round of 16 at home to the Scottish Glasgow Rangers.

In May, they would go on to lift both cups high to the sky, while AC Milan went on to win Serie A.

Main photo: Enrico Chiesa in action. Photo below: the Crociati fans in the away end of the Ferraris on 6 December 1998. 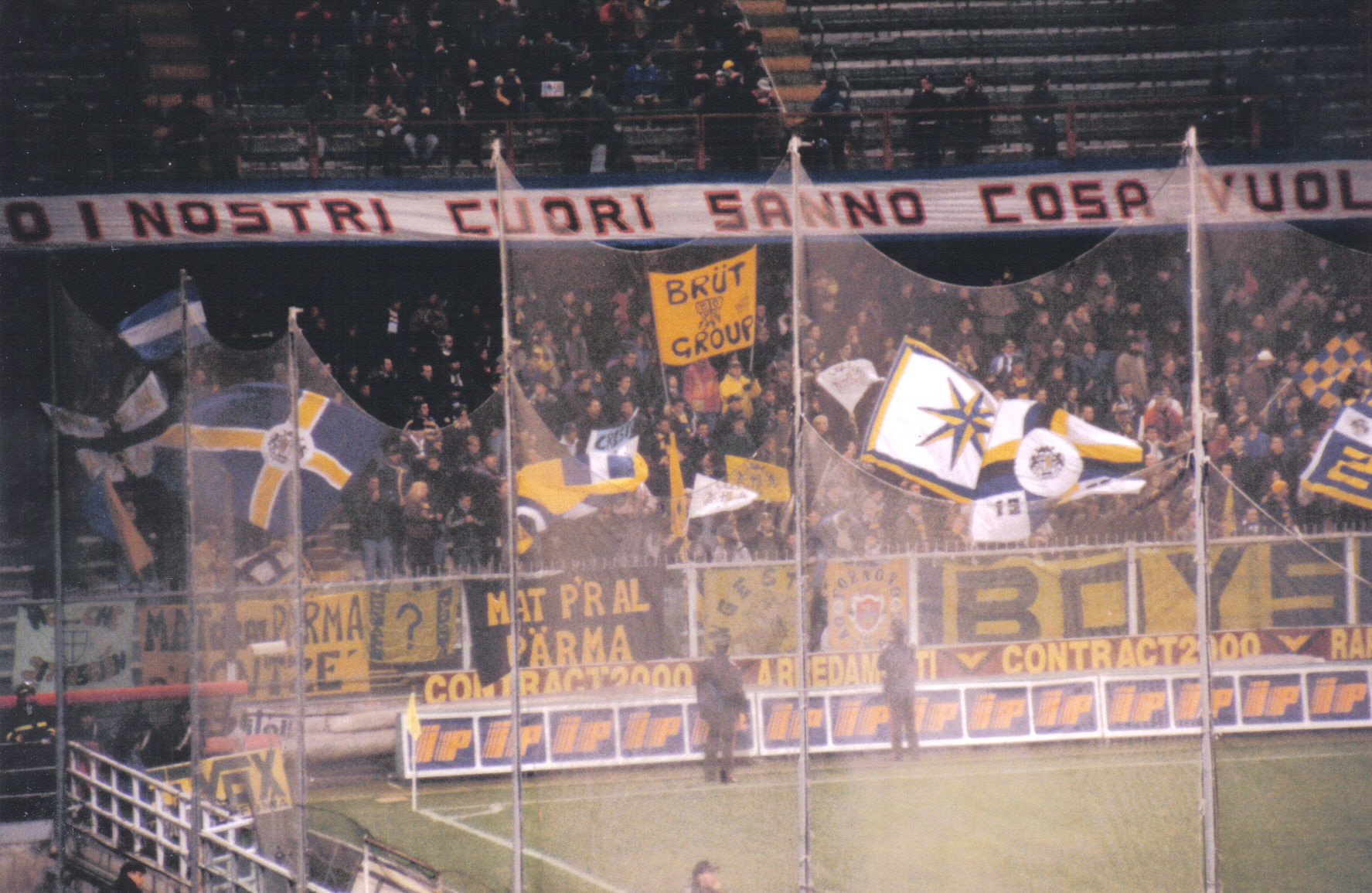