Parma, 19 June 2020 – In the Crociati’s centuries-old history some defeats have stirred emotions (that loss to Inter in Milan on 9 May 2004 was symbolic), a goalless draw has also provoked feelings to remember with joy.

Like that 0-0 that our team earned away against Torino thirty-one years ago.

Ahead of Torino vs. Parma, this is the story we recount from our away league games against the Granata.

The game was played at the old Stadio Comunale, which is now the Olimpico-Grande Torino, on an autumn Sunday on 22 October 1989 in the ninth round of Serie B.

Coach Nevio Scala’s Parma faced a Torino side who had just been relegated from the top division and, under Eugenio Fascetti’s guidance, were looking to bounce straight back up.

The hosts’ attacking trio, made up of three strikers whose quality exceeded the second division, struck fear into opponents: Yugoslavian Haris Skoro, Brazilian Luis Antonio da Costa (aka Muller), and Italian Marco Pacione. The promising 20-year-old Gianluigi Lentini was their back up.

Their other departments were equally talented: Francesco Romano inspired the midfield, while, in front of their experienced goalkeeper Silvano Martina, the ex-Crociati player Roberto Mussi, their captain Roberto Cravero and Ezio Rossi formed a solid defence.

Against an opponent from Serie A, who had scored seventeen goals in their first four home games, Lorenzo Minotti and his teammates were able to hold out keeping Giacomo Zunico’s goal unharmed, but also threatening themselves.

The two full-backs, Cornelio Donati on the right and Alessandro Orlando on the left, who replaced Enzo Gambaro, did an untiring job patrolling up and down the flanks non-stop. Both were defensive stalwarts and capable of starting offensive moves.

Also in the side that day were Fausto Pizzi, Marco Osio (formerly of the Torino academy), with Alessandro Melli the striker on his way to maturity.

That Parma side made Torino fight and suffer, so much so that they deserved a win. As a result of the performance, however, the 0-0 was seen as a great success.

It was the first real sign of where Nevio Scala’s team would end up, all dreamed up and planned by President Ernesto Ceresini.

That 0-0 marked the beginning of a brilliant journey.

Header photo: the offensive pressure of both Catanese and Ganz on Mussi.
Photo below: the Crociati fans at the old Comunale 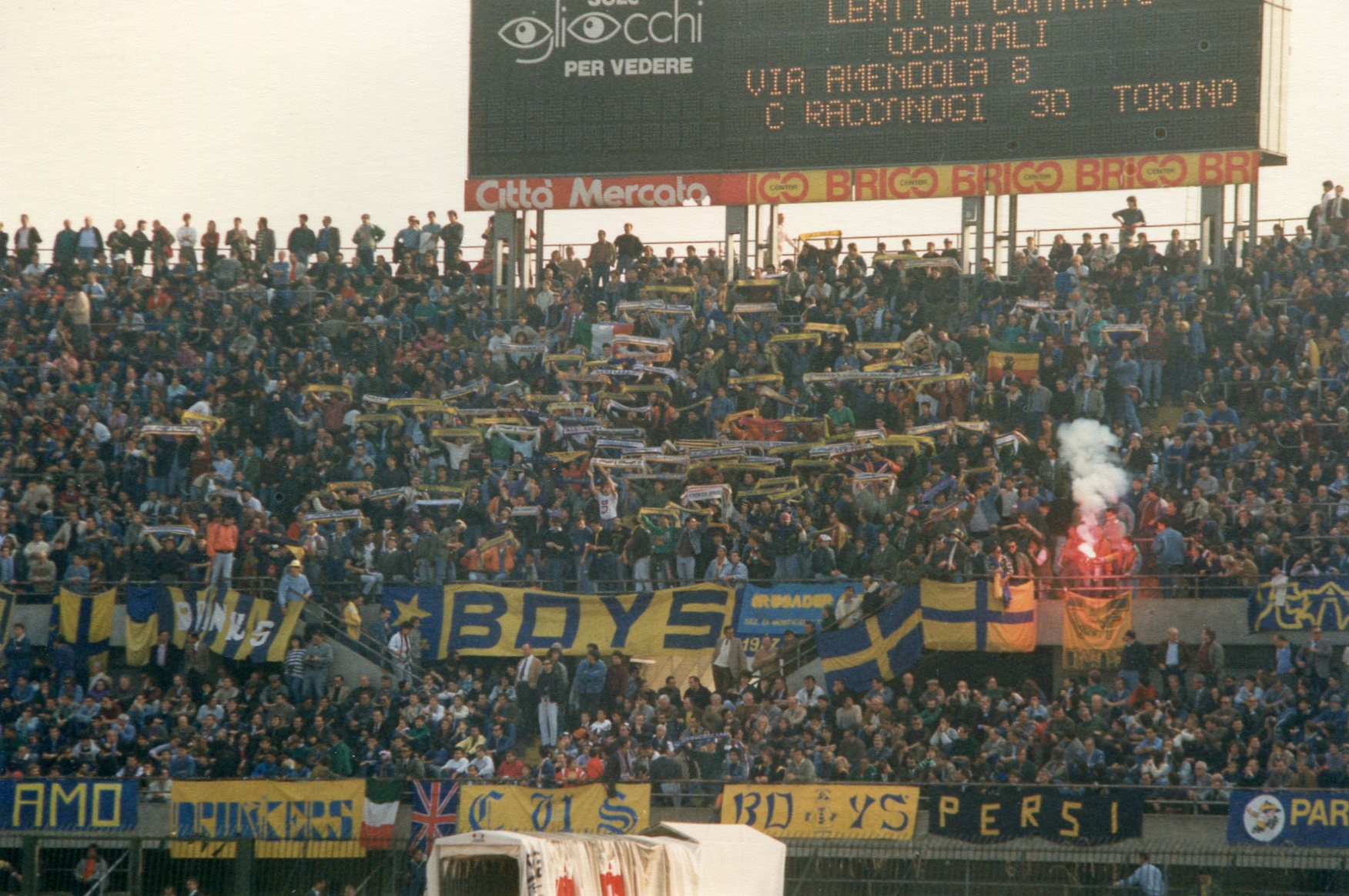