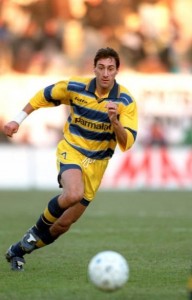 Parma, 7 February 2019 – With Parma set to host Inter in Serie A TIM this Saturday at 20:30 CET, it’s only fitting that we now look back at one of our fondest memories vs. the Nerazzurri, one that contains a memorable celebration from some of our players.

The winning goal was scored by Diego Fuser in the 54th minute, whose clever right-sided free-kick snuck past Gianluca Pagliuca at his near post.

Once referee Alfredo Trentalange has blown the final whistle, three of our players headed first to the Curva Nord and then towards the Tribuna Est.

They swapped their Gialloblu shirts, which the club had started wearing that season, to show off a traditional Crociati jersey with a black and white cross. This had been Parma’s original kit since the club was founded on 16 December 1913, although was shelved for a number of years due to ‘commercial’ reasons.

The individuals involved were attackers Abel Balbo, Enrico Chiesa and Hernan Crespo, to whom the fans had contacted the day before in case they scored.

However, the match was ultimately decided by their teammate, therefore, they granted the fans’ wishes following the final whistle.

The fans’ joy at winning was only enhanced following the sight of the Crociati out on the Tardini pitch once again, albeit only for a short while.

That day, the Curva Nord also got in on the act by displaying a significant piece of choreography, as they reproduced the badge of Parma Calcio (half being a black and white cross, the other half Gialloblu), with a written message “Proud of Parma” 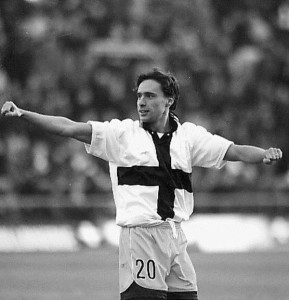 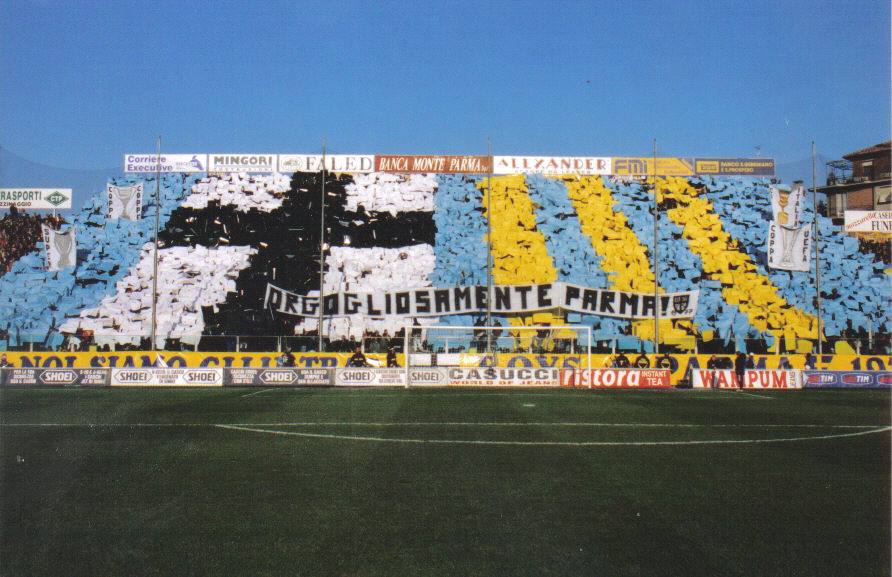