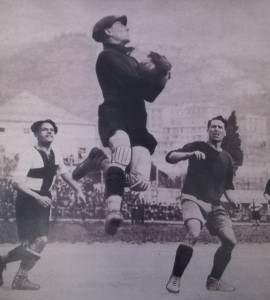 Parma, 6 October 2018 – Parma Calcio began their Serie A adventure all the way back in 1925-26, facing off against Genoa – the oldest team in Italy. The team were already present in the Marassi neighbourhood at the time, playing on a ground that was a predecessor to the Stadio Luigi Ferraris, owned by the Marquis Pantelli who was a member.

In almost a century of matches between the two teams, our victory on 27 February 1992 still lives long in the memory. This 2-1 away win in the quarter-final return leg soon led to the first of the Crociati’s three Coppa Italia trophies.

We’ll now be back in action against Genoa Cricket and Football Club at the Stadio Luigi Ferraris tomorrow, in what will be our matchday eight encounter in Serie A TIM. Out of the 21 league matches between the two teams, we’ve recorded 11 defeats and just one win. 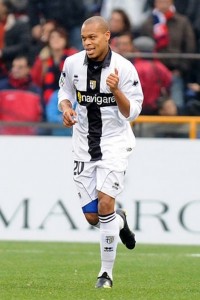 The diminutive No.10 initially opened the scoring in the 42nd minute, curling in a trademark free-kick just from the edge of the area.

Just three minutes later, Zola was at the heart of Parma’s second as he led a rapid counter-attack and then set up Tomas Brolin to score. Faustino Asprilla then scored a penalty in the 85th minute before Alberto Di Chiara sealed a close-range fourth in the dying stages. 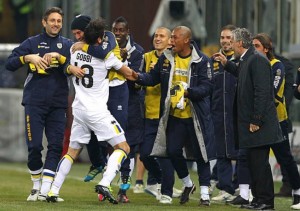 There have also been nine draws during our trips to the Ligurian capital, some of which have left an indelible mark on the Crociati’s history.

This includes two 1-1 draws during the 1980s in Serie A. The first was when Massimo Barbuti scored on 4 April 1985 to help Parma avoid relegation and then the second was on the 24 May 1987 when Aladino Valoti’s goal helped Arrigo Sacchi’s side secure promotion from Serie C.

There were also two classic 2-2 draws during the 2000s, when the team were a regular presence in the top 10. The first result came thanks to a brace from Jonathan Biabiany on 6 December 2009, while the latter came on 26 February 2012 following goals from Massimo Gobbi and Sergio Floccari. 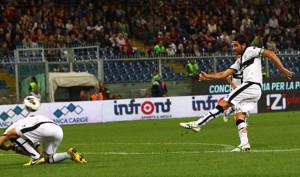 Another game to recall is that of the 1-1 draw on 23 May 1993, 11 days after Parma had won their first European trophy – the Cup Winners’ Cup. This came after a goal from Michele Padovano earned the Rossoblu a draw after Asprilla’s 27th-minute opener.