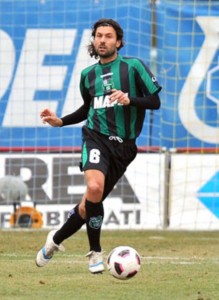 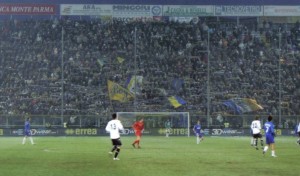 Parma, 23 November 2018 – Ahead of Parma vs. Sassuolo at lunchtime on Sunday, we’re taking a look back to the first professional encounter between the two clubs after there had previously only been meetings in the amateur leagues in the 1960s. It happened a decade ago during the 2008/9 Serie B season.

The match was on Saturday 17 January 2009 and while it was dramatic with Cristiano Lucarelli opening the scoring, his brother Alessandro was sent off and the Argentine midfielder Horacio Erpen equalised in the 92nd minute, that’s not why we’ve picked it. Rather, it featured a number of figures who are currently linked with Parma Calcio who played a vital role in the technical side of things as the club rose from Lega Pro to Serie A in two seasons.

Sassuolo’s no.6 and captain that day was Marco Piccioni who is now Roberto D’Aversa’s trusted match analyst.

Piccio had married a woman from Parma, lived in our city and he’s since gone on to play an important role in the technical staff as Parma won the derby with Reggiana twice, enjoyed two successive promotions and we’re now going strong in Serie A. All of that over the span of 24 months. 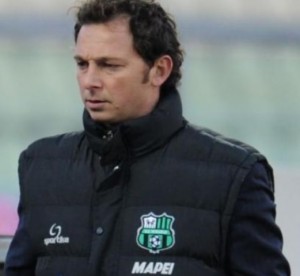 On the Sassuolo bench was Andrea Tarozzi who was in his first role since hanging up his boots was the team manager and he’s now D’Aversa’s assistant.

Alongside Taroz was the fitness coach Luca Morellini and the goalkeeping coach Alberto Bartoli who are now at Parma in the same roles.

In the slide: the Curva Nord at the Tardini on 17 January 2009 for Parma vs. Sassuolo. Photos: Marco Piccioni and Andrea Tarozzi as Sassuolo’s captain and team manager in the 2008/9 season.