Parma, 4 July 2020 – On the eve of a new paragraph being added to the history of the fixture between Parma and Fiorentina, with Bruno Alves and his teammates preparing to face the Viola in the 30th Match Day of the Serie A season (kick-off 19:30), let’s take a look back at a previous encounter with Fiorentina that was instrumental in securing our safety in the top flight.

On April 18, 2007, the Ducali, who had been under Claudio Ranieri’s command for 3 months, inflicted a 2-0 defeat on the Viola, led by Claudio Cesare Prandelli, a side containing the likes of Sébastien Frey, Adrian Mutu and Manuele Blasi, all ex-Parma players, who would go on to finish sixth in the league and qualify for the UEFA Cup. 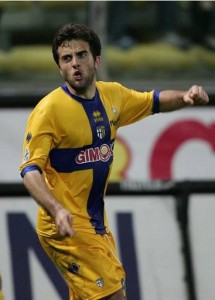 A brace from Giuseppe Rossi, another player who would go on to play for the Viola later in his career, and some goalkeeping heroics from Luca Bucci, were the difference on this occasion, and our side’s excellent attitude on the pitch also played a key role.

Ranieri’s Parma were faced with some serious injury problems, with Andrea Pisanu, the captain Beppe Cardone and Andrea Gasbarroni all sidelined, and Domenico ‘Mimmo’ Morfeo and Vincenzo Grella on the bench with lingering concerns. Nonetheless, he went for an attacking line up, which undoubtedly paid dividends.

Behind the attacking trident, where Pepito was joined by Zlatan Muslimovic and Igor Budan, Ranieri could rely on a midfield that was full of talent, with Daniele Dessena, Luca Cigarini and Francesco Parravicini filling the ranks in the centre of the park. 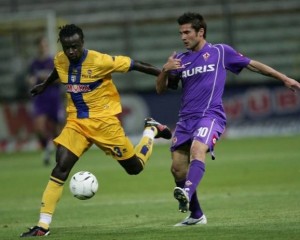 Pepito, the jewel of our academy, opened the scoring after 36 minutes, scoring to cap off a delightful move from the Ducali.

Budan came onto the ball at the edge of the area following a well-aimed throw from the holding midfielder, breaking through the Fiorentina defensive line.

The Croatian frontman, in a deft manoeuvre, controlled the ball with his right, before feeding it through to Rossi with his left, who quickly caught wind of Igor’s intentions and finding the right position.

Pepito entered the area and managed to get a shot off with his left, beating Sébastien Frey to it.

He bagged his second in the 88th minute under the Curva Nord, converting from the penalty with great composure following a foul by Manuel Pasqual on Dessena, making it 2-0 to the Ducali.

Before Rossi got the clincher, Bucci had made three vital contributions to keep a clean sheet against a Fiorentina side that had not lost in three months.

Luca parried a dangerous free kick from Mutu that looked destined for the top corner, before just about seeing off an equally perilous volleyed effort in the 70th minute from the Romanian, which glanced the post on the way out. A minute later, he dealt with yet another threat, saving a headed effort from Danish defender Per Kroldrup. 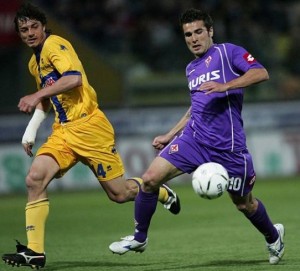 Shortly afterwards, he applauded a gesture of great sportsmanship from our defender Matteo Contini, who convinced the referee not to expel Fiorentina striker Giampaolo Pazzini, wrongly accused of fouling him in the 12-yard-box.

Pictured in the slide: a duel between Rossi and Fiorentina defender Pasqual. Photographs: Muslimovic being taken on by Viola defender Fabio Liverani; Pepito celebrating; Ferdinand Coly and Contini obstruct the ex-Parma attacking midfielder Mutu. Below: the Curva Nord celebrates. 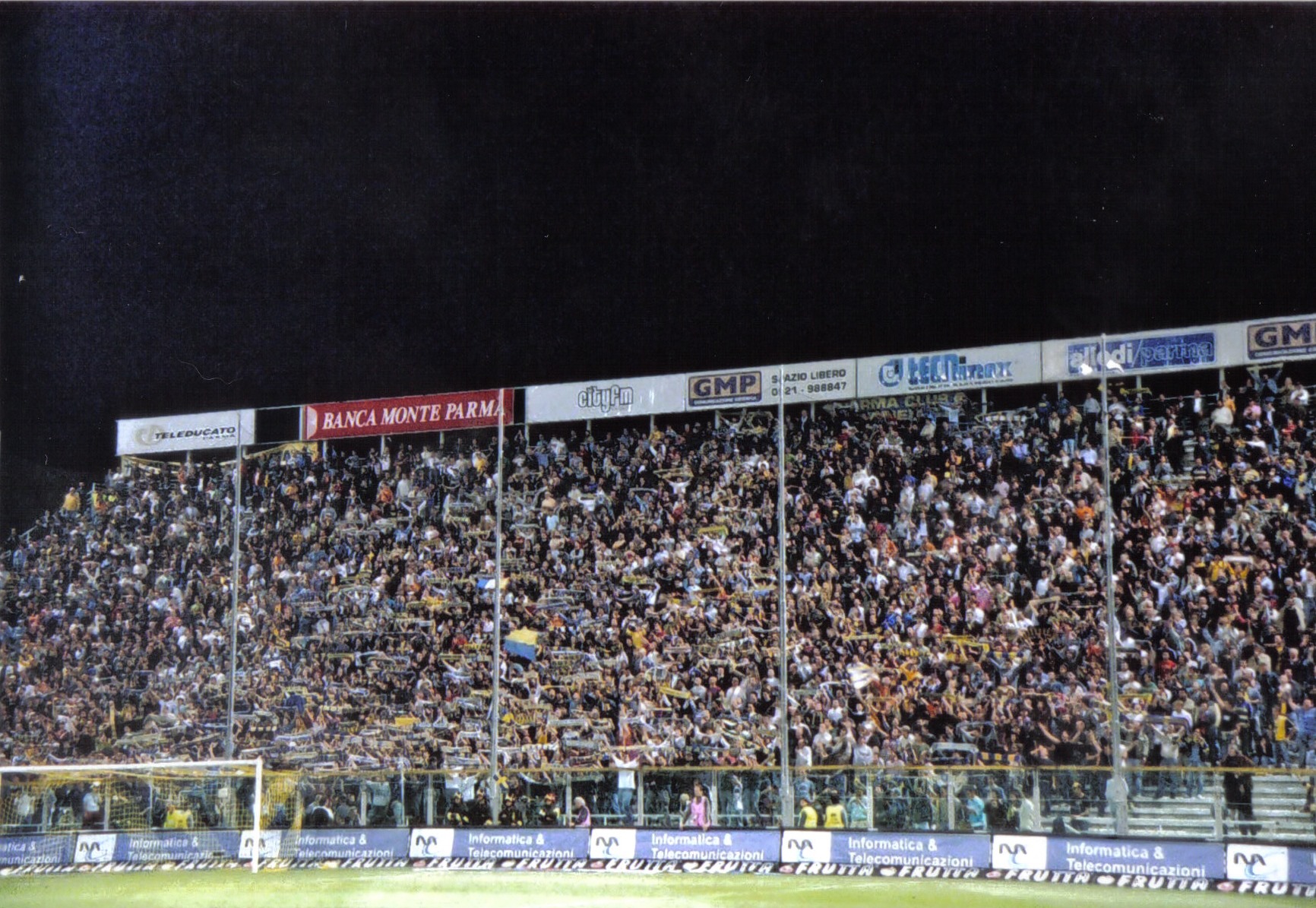