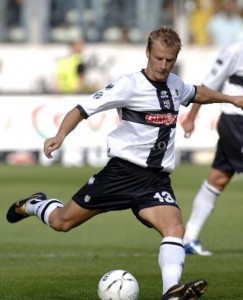 Parma, 29 March 2019 – Today, we’re taking you back 13 years to remember a league match against Atalanta at the Stadio Ennio Tardini during a season in which Parma were looking to stave off relegation from Serie A and eventually did so without a nail-biting finish.

This is what the Crociati will be looking to do this season, and up next for Roberto D’Aversa’s side is a match against La Dea on Sunday 31 March at 12:30 CET on matchday 29 of the Serie A TIM season.

On Sunday 29 October 2006, we immediately took the lead as Igor Budan’s goal paved the way for a great win.

Our striker scored for the fourth consecutive match as he took advantage of a mix-up at the back between defender Claudio Rivalta and goalkeeper Alex Calderoni and found the back of the net with his right foot following a teasing ball from Domenico Morfeo.

The away side equalised after 58 minutes as Cristiano Doni showed great technique to volley home on the stretch and beat our goalkeeper Alfonso De Lucia to his left after a precise cross from Davide Bombardini, who had just replaced teammate Adriano out on the pitch. 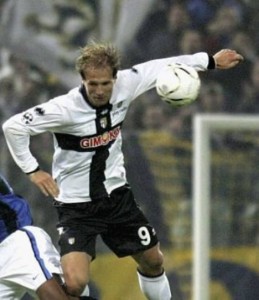 At 1-1, the game became even more heated as both sides looked to get stuck in. In the 70th minute, Parma regained the lead through Vincenzo Grella, who converted a penalty awarded by referee Roland Herberg after Simone Loria had been penalised for blocking Budan’s strike on the turn with his hands.

Despite doing everything to get back into the match, Atalanta, who had Loria sent off in the 83rd minute for two bookable offences, were finally finished off three minutes before the 90-minute mark: Zlatan Muslimovic slotted home after Gianpaolo Bellini had been unable to cut the ball out on the slide to end the match as a contest.

Photo prior to article: Budan. Photos within article: top-left, Grella; bottom-right, Muslimovic; below: the Curva Nord. 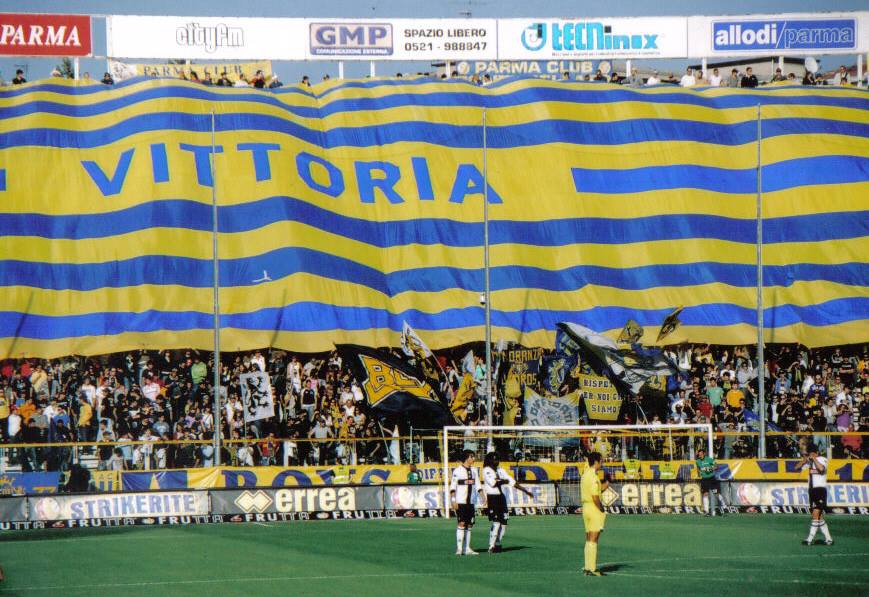