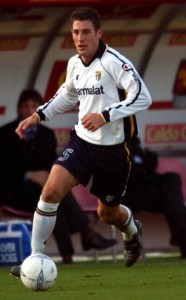 Parma, 24 Luglio 2020 – When we look back through the history of the Crociati’s away matches in Serie A at the Stadio Mario Rigamonti in Brescia, we can find a match that was even more thrilling than our narrow 1-0 victory in 1990 through Aldo Monza’s goal, which triggered our charge towards promotion to Serie A, and our 4-1 victory over the Rondinelle in 2002. 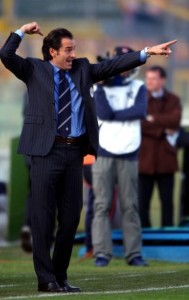 But it is our lively clash in November 2003, when the Crociati came out with a hard-fought 3-2 victory in Brescia, that stands out among the crowd. Moreover, this was our last win at the Stadio Rigamonti in the top flight.

This will be the memory that we will be looking back on in today’s installment of Crociati History, on the eve of our trip to Brescia, scheduled for matchday 36 of the 2019/2020 Serie A Tim season at 17:15 CEST. 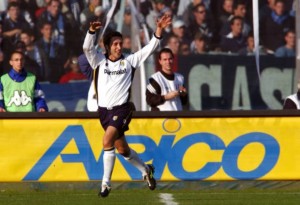 Our inspiration on the day was Domenico Morfeo.

In the 12′, ‘Mimmo’ levelled the scoring after the Brazilian midfielder Matuzalem had opened the scoring for the hosts with a fantastic long-shot on the break, pouncing on an error from Argentinian goalkeeper Sebastian Saja following a cross in from the right flank from Marco ‘Marchino’ Marchionni. 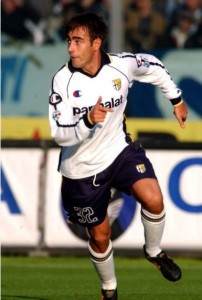 In the 43′, our number 10 also provided a delightful assist on the volley before Marchionni headed in to bring us level once more after the hosts had gone 2-1 up through Gigi Di Biagio’s goal.

In the 71’, Alberto Gilardino secured the win with a header, which edged over the line after rattling the crossbar. 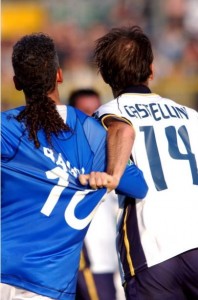 This goal, and the match in general, played an integral role in the coronation of ‘Gila’ as the king of Parma Calcio.

The young striker had only got on the scoresheet four times the previous five and in the current season, only once. 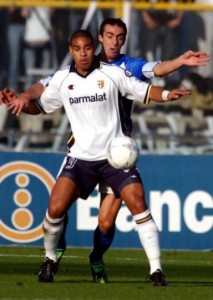 After scoring, he ran at full pelt to celebrate his eventual winner with the away section of the crowd. 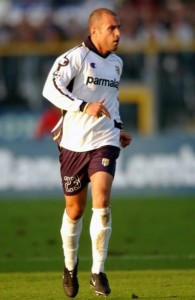 From that moment on, he was unstoppable, enjoying a rich vein of form that helped him shoot to the top of Italian football.

Pictured in the slide: Gilardino runs towards the Crociati fans after scoring the winner. Pictures: Daniele Bonera, an old flame of the fixture; Coach Claudio Cesare Prandelli; Morfeo celebrating his goal; Marchionni on the move; a tussle between Roberto Baggio and per la propria rete; Marchionni in azione; uno scontro di gioco tra Roberto Baggio e Marcello Castellini; Adriano; Mark Bresciano. Below: The away section of the Stadio Rigamonti, filled to the brim with Parma Calcio supporters. 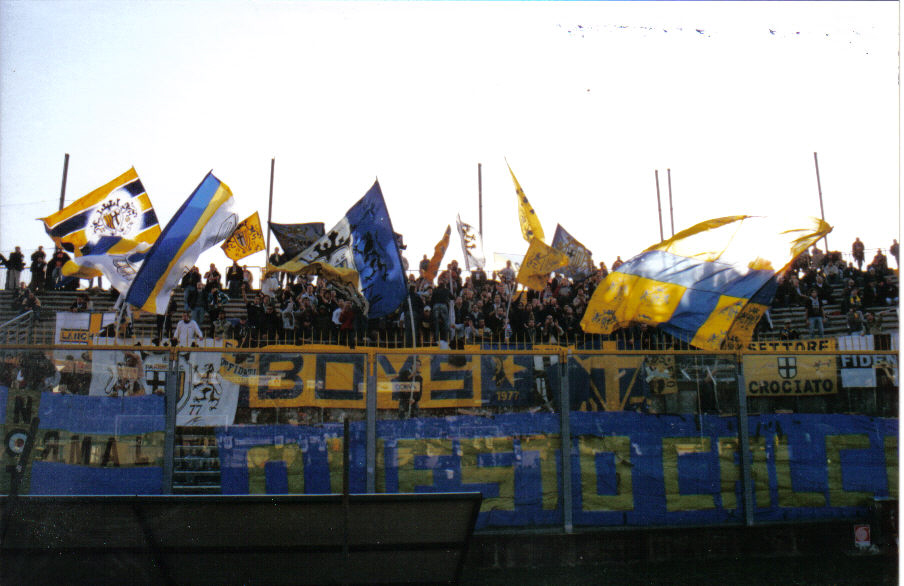