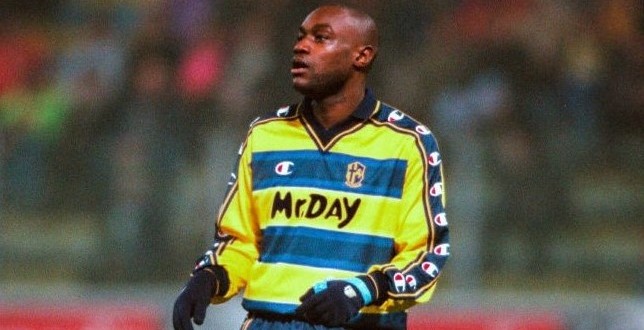 Parma, 1 August 2020 – In the Crociati’s history, the final day of the 2004/05 season produced a thrilling 3-3 draw against Bologna, which ensured Parma’s safety. But there’s been another final-day away trip to Lecce, which produced much celebration for the Crociati.

The Crociati came from behind to win 2-1, practically guaranteeing Renzo Ulivieri’s side the third qualification to the Champions League in the Clubs’ history.

This is the game that we want to relive ahead of the final day of the current Serie A campaign, which kicks off tomorrow evening (20:45) at the Stadio Via del Mare.

Lecce, then too in a fierce fight against relegation, went one up in the 57th minute.

Defender William Viali’s powerful free kick nestled in the back of the Parma net.

It was an unstoppable strike, which struck the left corner of the frame of Gianluigi Buffon’s goal and went in (1-0).

The Crociati only needed five minutes to get themselves level. In the 62nd minute, Serbian striker Savo Milosevic equalised from Patrick Mboma’s ball in (1-1).

The Cameroonian attacker then went on to score the winner.

The clock ticked past the 81-minute mark and he latched on to an inviting cross from the Brazilian Junior in the six yard area (1-2).

Header: Patrick Mboma. Photos: Mboma in action in Lecce and Parma fans at the Stadio Via del Mare. 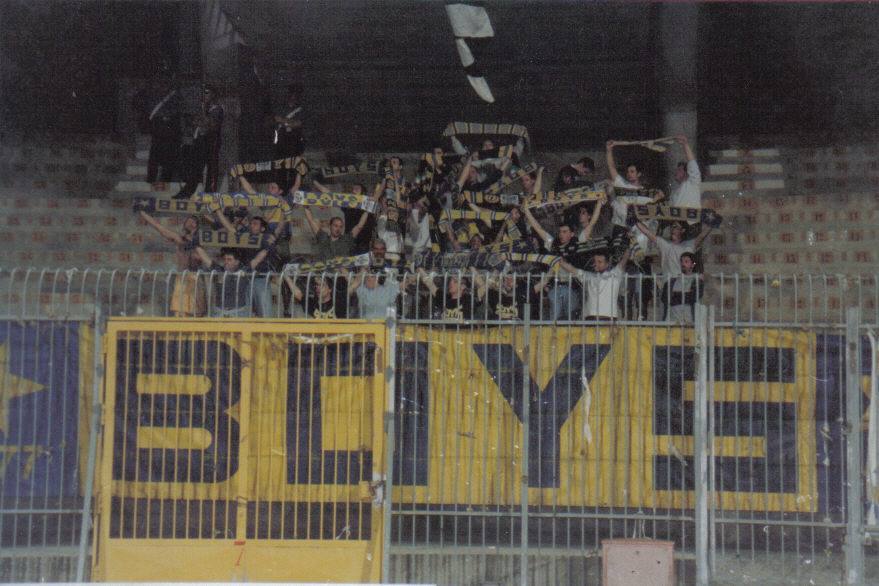