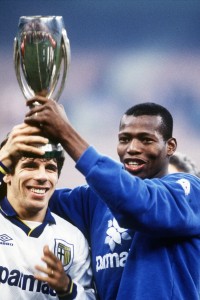 Parma, 2 February 2019 – It seems like only yesterday, but amazingly this match was 25 years ago. A quarter of a century has passed since the subject of this week’s Crociati History column, which was our European Super Cup success on 2 February 1994.

It was a triumph achieved in typical Parma style, with the team overcoming the odds and surprising many.

At the time, this match was played out between the winners of the European Cup and the now abolished Cup Winners’ Cup. Unlike today, this fixture wasn’t played at a neutral ground, but rather over two legs home and away.

The first act took place at the home of Parma, who had previously secured the Cup Winners’ Cup on 12 May 1993 after beating Belgian side Royal Antwerp at Wembley – the home of football. 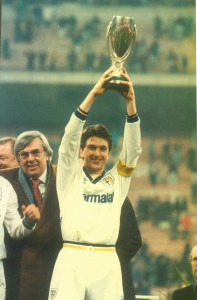 The second was then away to Milan, who had, in fact, lost to Olympique Marseille in the European Cup final on 26 May 1993 in Munich, although the French side had since been disqualified due to corruption and match-fixing.

During the opening fixture on 12 January 1994, Milan took an early lead on aggregate at the Stadio Ennio Tardini, winning 1-0 thanks to a 40th-minute goal from Jean-Pierre Papin. 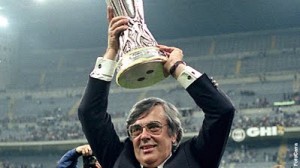 However, the Crociati pulled it out the bag at the Stadio Giuseppe Meazza in Milan, as they completed a fantastic comeback to secure the club’s third-ever trophy.

In hostile and unsavoury conditions, the team picked up an unexpected yet deserved 2-0 win.

Extra-time was needed on the night and two Crociati warriors were both on the scoresheet, which was perhaps a perfect tribute to the spirit of that team. 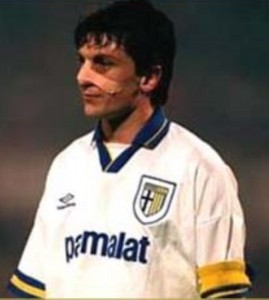 This victory also included heroics from Sebastiano Rossi, who was an impenetrable presence in between the sticks for Parma.

As for the action, Sensini initially put Parma ahead in the 67th minute after a Gianfranco Zola free-kick crashed back off the post and Nestor fired home an acrobatic half-volley.

Massimo Crippa then scored the decisive goal in the 95th minute, as he blasted a right-footed strike into the back of the net.

Captain Lorenzo Minotti, with a broken nose, was the man to raise the trophy aloft at the Scala of Football, which was Parma’s third in just a year and a half after the 1992 Coppa Italia and the 1993 Cup Winner’s Cup. 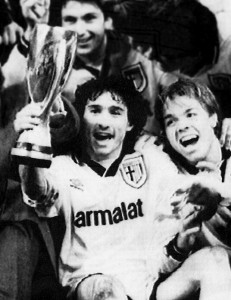 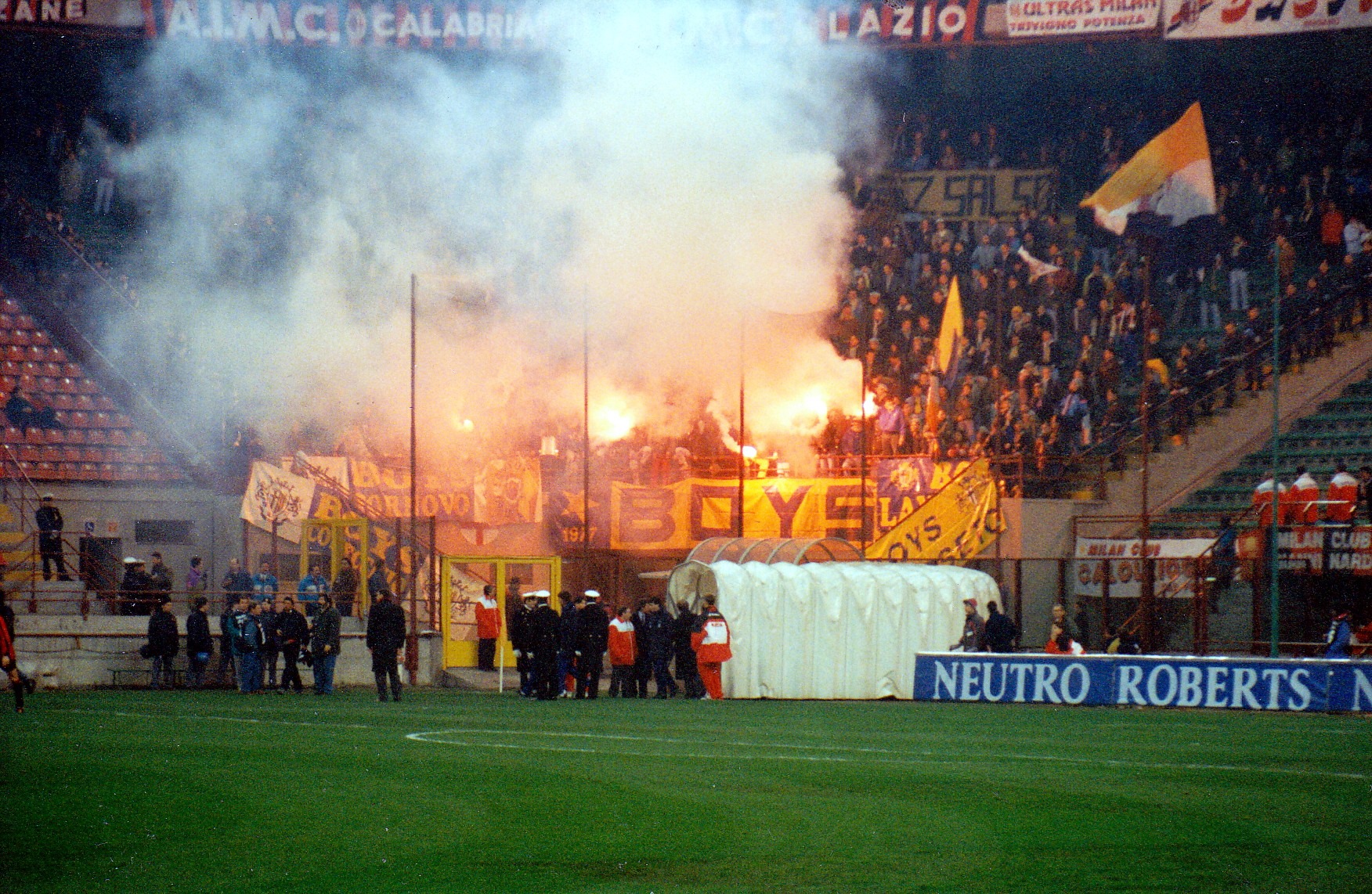