Parma, 14 May 2019 – With Parma set to take on Fiorentina at 15:00 CEST on Sunday, let’s take a look at what happened when the two sides met earlier on this season at the Franchi.

The first half started with Fiorentina quick out the traps with Benassi testing Sepe early on before he was then called into action once again through Chiesa. Parma’s defence stood strong, however, finishing the first half 1-0 up thanks to an accurate finish from Inglese and an assist from Deiola. 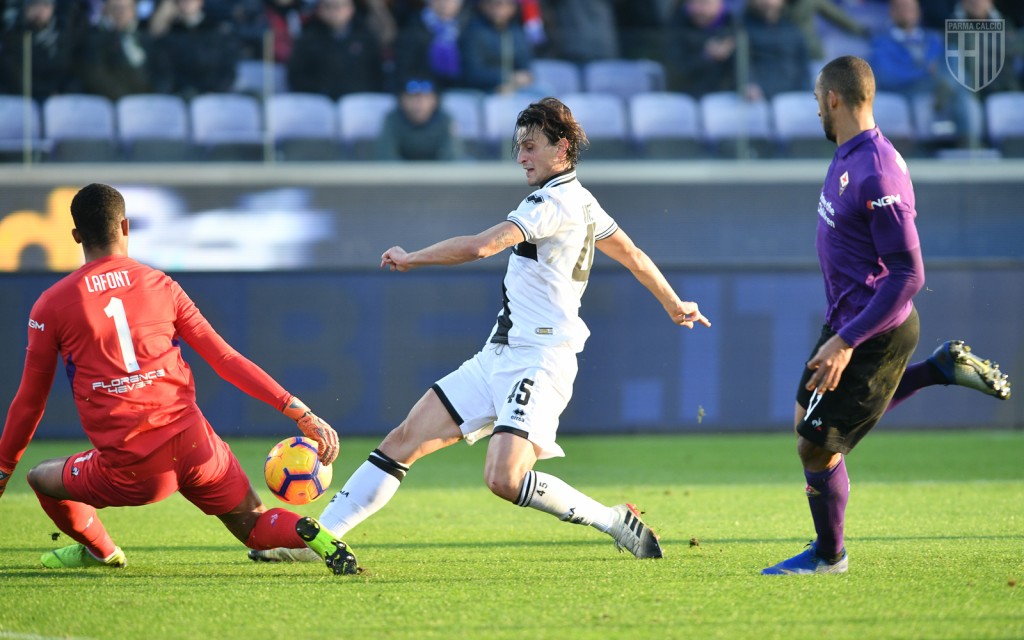 The second half started with the Viola on the front foot once again, with Chiesa firing off a right-footed strike that just missed the target. Parma soon responded through the pace of Biabiany down the middle, with Victor Hugo receiving a red card after bringing him down illegally. Despite their numerical disadvantage, the hosts kept pushing and had two opportunities through Biraghi and Pjaca late on – yet Parma were able to hang on to secure all three points.

After the Coach, Roberto D’Aversa said:  “Our best player is the collective group.”

Check out the match gallery here