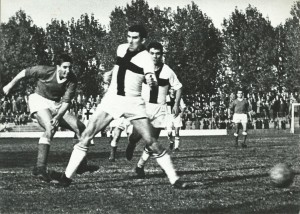 Parma, 14 February 2020 – Parma Calcio mourns the loss of Ivo Cocconi, who has died at the age of 90, and extends our deepest condolences to his family

Ivo, who registered 307 league appearances and 312 in all competitions (Coppa Italia and the Cup of the Alps), was an icon of the centuries-old history of Parma’s football team, whose shirt he wore for 13 seasons in a row.

He was an elegant, but at the same time tough and tenacious defender. He mainly played as a full-back but also played central defender.

He was the driving force of the team and the fans.

As a result of these attributes, not only his combativeness, he was one of the longest serving captains in Crociati history (he wore the armband authoritatively from 1953 until ’62).

Cocconi was a footballer who, in that historic era, despite playing at the top level of Italian football both in training and matches, also had to sacrifice himself to another profession. 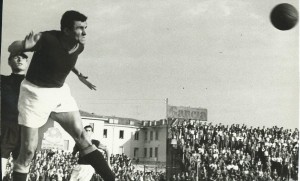 When Ivo was not representing the Crociati on the football pitch, he worked as a baker in a family bakery on the central Via Garibaldi.

He made his first two appearances for the first team when he was 20 years old, after having grown up in the Rapid Parma team and making a quick transition through our Youth Team, he made his debut in the 1949/50 season of Serie C.

He was a key part of the promotion to Serie B in 1954 and of that team, that was often mainly comprised of boys from Parma like himself, who proudly maintained their stay in the second division for a decade.

In the year that they rose to Serie B, he scored his first of his four Crociati goals on Sunday 25 October 1953 at the Stadio Ennio Tardini.

It was a decisive goal in the 76th minute as he headed home to seal an important 2-1 win over Sambenedettese.

He retired from competitive football for Parma and nationally at the end of the 1961/1962 Serie B championship.

For years, as an icon, he was President of the Ex Gialloblù club, of which he was also a founder, helping to spread the love for our shirt, which he defended as a hero.

OVERALL APPEARANCES FOR THE CROCIATI IN THE LEAGUE, COPPA ITALIA, INTERNATIONAL EVENTS, SERIE D AND PLAYOFFS