Collecchio, 2 September 2018 – A total of three Crociati players have been called up their respective National Teams.

FRANCISCO SIERRALTA has received a call-up to the Chile National Team ahead of their two matches against Japan (7th September) and South Korea (11th September). Sierralta has made six appearances and scored one goal for the Under-20s, while he made his senior debut during a 2-2 draw against Poland this year.

FEDERICO DIMARCO has been called up by Coach Di Biagio for Italy Under-21s’ two friendlies against Slovakia (6th September) and Albania (11th September). Dimarco has already picked up four appearances for Albania, while Bastoni also made his Azzurri debut under Di Biagio.

ALESSANDRO BASTONI has also been called up for the Under-21s, but in agreement with the National Team staff, he will continue his rehabilitation at Collecchio.

Meanwhile, LEO ŠTULAC will take part in the Nations League against Bulgaria (6th September) and Cyprus (10th September). He received his first call-up for Slovenia last March for their two friendlies against Austria and Belarus. 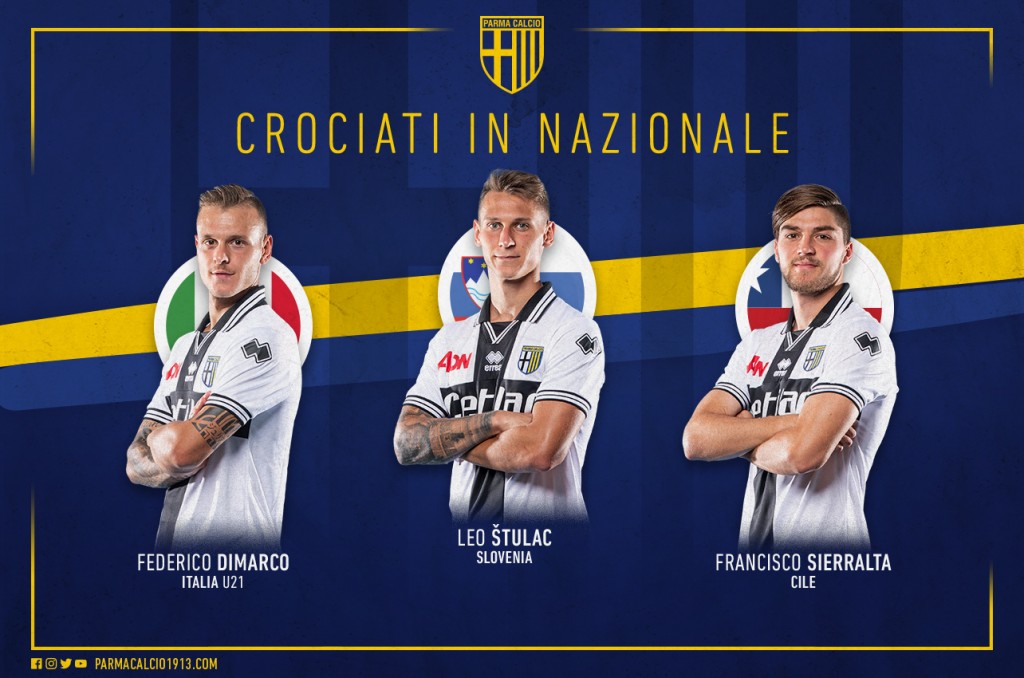