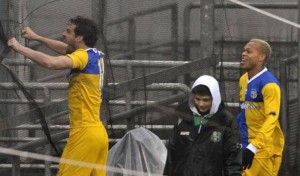 Parma, 12  April 2019 – There have been very few away games against Sassuolo in Crociati history after years spent with the two teams competing in different divisions.

In the 1960s and 1970s, there were a few meetings in Sassuolo at the stadium in Piazza Risorgimento. Ten seasons ago, the teams met at the Stadio Alberto Braglia in Modena which was the Neroverdi’s temporary home. 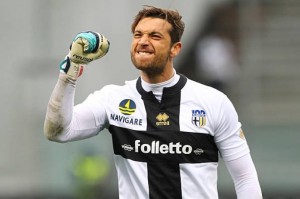 There have been two top flight encounters at the Mapei Stadium in Reggio Emilia which Sassuolo acquired after joining the top flight. The next meeting will be at 15:00 CET on Sunday 14 April.

It was a day of heavy rain, with the playing surface almost a marsh as Parma claimed the win thanks to a second-minute goal. Marco Parolo opened the scoring with a first-time finish in front of the away fans to beat Gianluca Pegolo after the cutback from the right from Jonathan Biabiany. 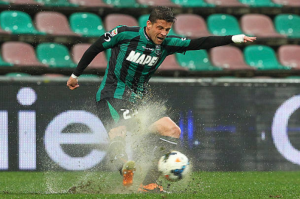 Parma finished the season in sixth and qualified for the Europa League while that result against Sassuolo was the team’s 14th game unbeaten.

In the slide: Parolo celebrating with teammates Mattia Cassani and Gargano. Photos: The Crociati midfielder and Biabiany under the away end. Antonio Mirante in celebration after his vital saves. Current Parma player Marcello Gazzola when a Sassuolo player; Our support at the Mapei Stadium. 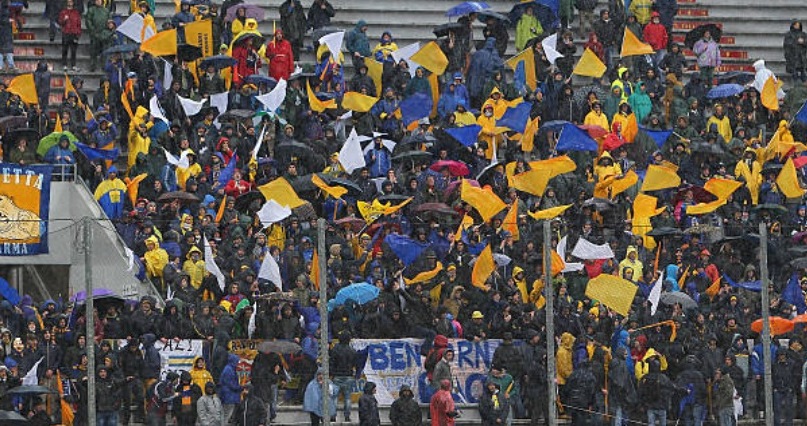