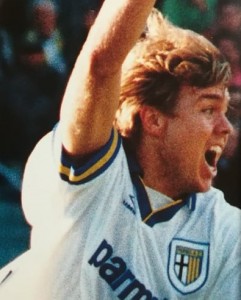 Parma, 5 January 2020 – It was a win that was lit up by two great pieces of technique from big names as we look back at this version of Atalanta vs. Parma before the next game at 15:00 CET on Monday 6 January.

Midway through the second half, Tomas Brolin and Gianfranco Zola were able to light up the match. On Sunday 21 November 1993, Parma went into the game as Serie A leaders for the first time following a win over Juventus two weeks prior by an identical scoreline, a game which also featured goals from the Swede and creative Sardinian genius.

The international break didn’t slow down the form of Nevio Scala’s side, who went to Bergamo and knew how to strike at the right time after an hour of resistance from the home side and goalkeeper Fabrizio Ferron. Also in their ranks were Uruguayan defender Paolo Montero and forward Maurizio Ganz, the latter of whom was an unforgettable star for Parma in our derby win away at Reggio Emilia 30 years ago.

In the 63rd minute, Brolin was set up by Zola and managed to pick out the corner with a first-time finish.

In the 84th minute, our no.10 came up with one of his trademark free kicks from the edge of the area with the goalkeeper rooted to the spot.

21 November 1993 also saw a player make his Parma debut who would go on to become a club legend, Nestor Sensini.

The Argentine had just been signed in the autumn from Udinese after the Belgian Georges Grun was sidelined by a serious injury.

With the no.6 on his back, Nestor showed in his first start the great tactical and technical ability that would make him a key player as he linked the defence and midfield while also posing a threat up front with his head.

Pictured: The celebrations from Zola, Brolin and Sensini in 1993. Below, Crociati fans in Bergamo in 1993 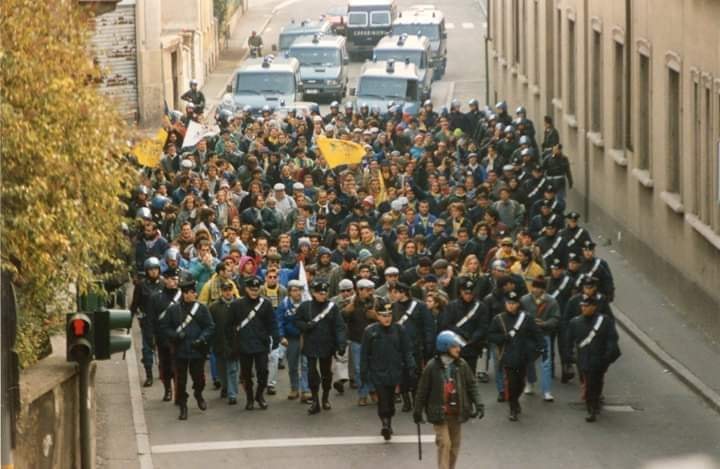