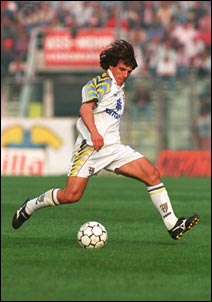 Parma, 17 May 2019 – Ahead of the match against Fiorentina at 15:00 CEST on Sunday 19th May, we’ve decided to look back at the win on 24 September 1995. The main reason being that in that game, our defender Antonio Benarrivo scored his first Serie A goal and he would go down in club history as a true legend, the player who was there for all of our cup wins. 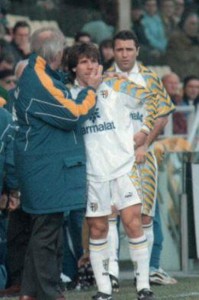 That day, Benny scored in the 65th minute. He made it 3-0 under the Curva Nord. He fired with his right foot from the middle of the box after a good exchange with Gianfranco Zola.

Parma took the lead in the 35th minute through the Ballon d’Or winner Hristo Stoichkv. Midfielder Dino Baggio had nodded on a long kick from the goalkeeper Luca Bucci before the Bulgarian forward controlled the rebound and fired in with his right. The ball struck the near post before squeezing in past Viola goalkeeper Francesco Toldo. 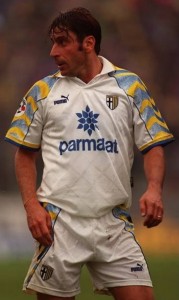 The second goal came six minutes later and it was a textbook piece of play. Stoichkov started the move, plauing out right for the overlapping full-back Roberto Mussi. From his accurate cross, Zola came up with a sublime dummy which threw off the defence and set up Massimo Crippa to finish with power.

In the photos: the three scorers (Benarrivo, Zola and Crippa), Zola with Nevio Scala and Stoichkov, our supporters in the Curva Nord during Parma-Fiorentina in the1995/1996 season. 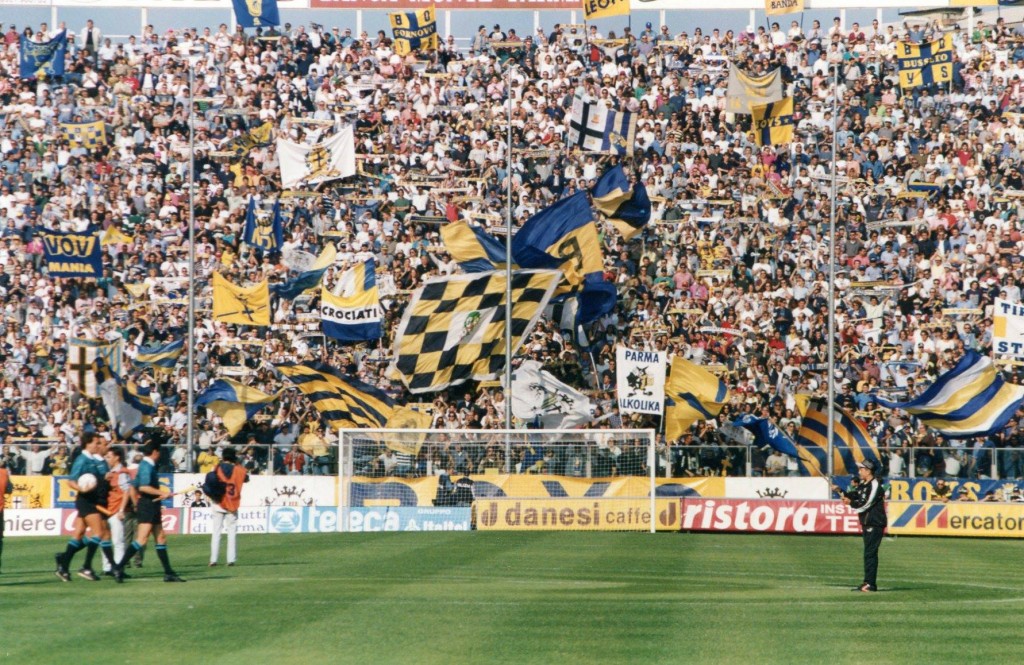