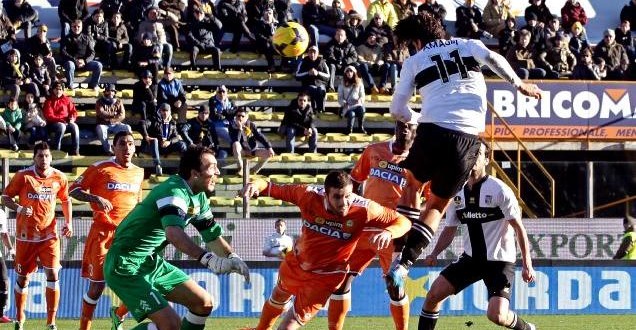 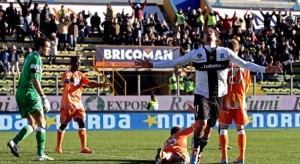 But this very same fixture took place six years ago too.

The two teams faced off in 2014, at the same time, on the same day, in our same ground and even on the same matchday in the league. 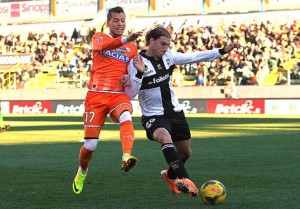 The Crociati only just nicked a 1-0 win thanks to Amauri’s goal on the day, but as the game went they deserved a much bigger win.

Our Italian-Brazilian star striker headed home in the 35th minute, giving Parma the lead after a perfect cross in from Antonio Cassano on the right, Serbian goalkeeper Zeljk Brkic getting in a muddle with defender Thomas Heurtaux to let Amauri score. 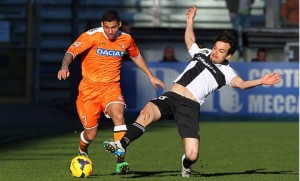 Roberto Donadoni’s boys had plenty of chances to score a second after the break, but none of Raffaele Palladino, Jonathan Biabiany or José Mauri could find a way through despite looking dangerous all afternoon.

Walter Gargano and Afriyie Acquah also had good chances, but Udinese’s man between the sticks stayed resolute in keeping them out, Marco Parolo’s effort also flying just wide of the target.

That Udinese side was coached by former Parma Coach Francesco Guidolin, his squad boasting the talent of Allan, Luis Muriel, Piotr Zielinski and Antonio Di Natale at the time. 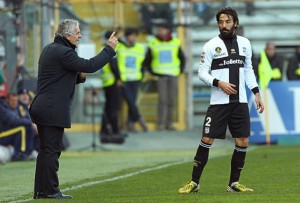 But Parma weren’t to be beaten, and despite missing our suspended skipper Alessandro Lucarelli on the day with the Brazilian Felipe in to replace him, the Crociati succeeded in adding another game to their run of ten without a loss, this also being their fourth win in a row.

With this result the Crociati slotted into sixth in the table, level with Hellas Verona and Torino on 32 points.

Main image: Amauri’s winner in front of the Curva Nord. Other images: the Crociati striker’s celebration after the goal; two challenges: Paletta-Lopez and Parolo-Allan; Mattia Cassani taking instructions from Donadoni. Below: A banner in the Curva Nord as the players entered the pitch. 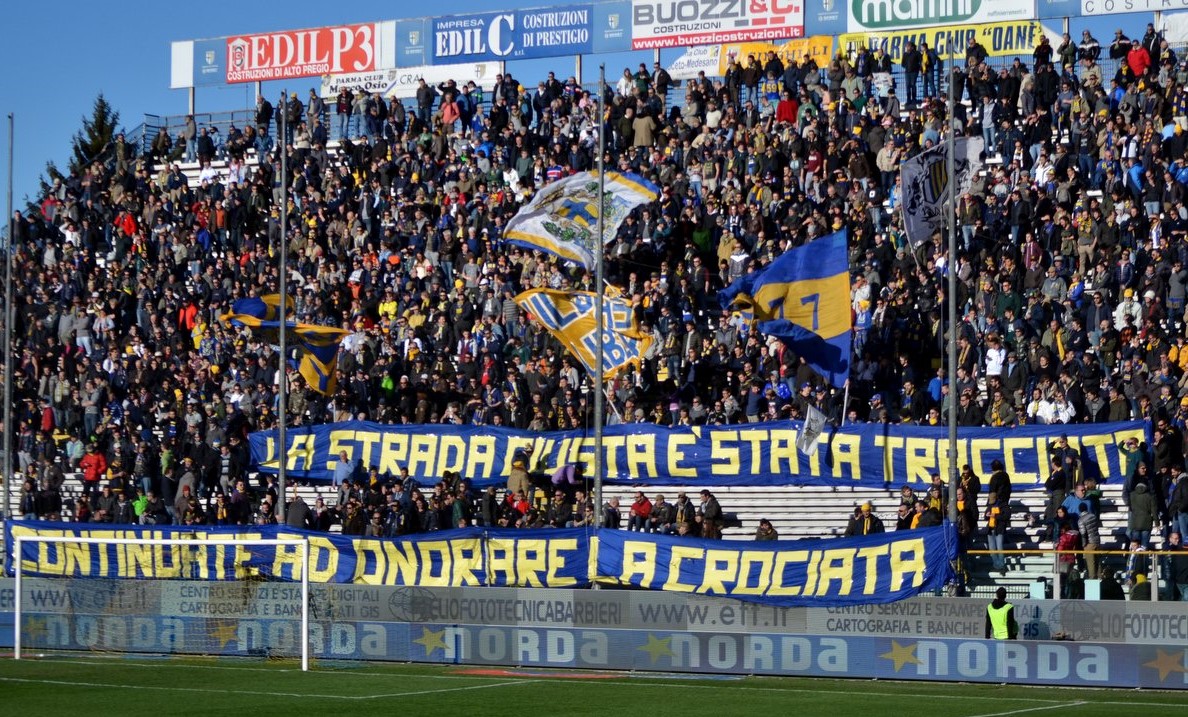