Parma, 31 January 2020 – Ahead of the next match, today’s Crociati History piece takes a look at Parma Calcio’s first win away to Cagliari Calcio in Serie A. This came on the island 28 years ago.

Nevio Scala’s side were in the top flight for the third consecutive season and wearing the flag roundel on the shirt after winning the Coppa Italia for the first time.

It was matchday ten when the sides met on Sunday 22 November 1992, with Parma going into the game at the Sant’Elia in eleventh place in the table on eight points. Meanwhile, the home side led by Carletto Mazzone had ten points and were seventh.

In the end, a good Tomas Brolin goal in the 74th minute was enough to win the match 0-1.

The forward ran through on goal before beating Mario Ielpo with a right-footed strike after being set up by Stefano Cuoghi at the edge of the area. The Swedish No.11 went off to celebrate the goal with his trademark pirouette.

Before this, Cagliari and their main attacking threat, Enzo Francescoli, had failed to make the most of their opportunities.

At 0-0, the Uruguayan star hit the woodwork with a shot from distance in the 30th minute with our goalkeeper Marco Ballottta beaten all ends up, while our Belgian centre-back Georges Grun then cleared off the line with 69 minutes on the clock.

It was the Crociati’s first away win following defeats at Atalanta, Torino, Lazio and Foggia, and it also meant that Parma overtook Cagliari in the league.

Parma finished that season by taking European silverware for the first time as champions of the Cup Winners’ Cup. That was in addition to a third-place Serie A finish. Meanwhile, Cagliari came sixth and returned to European football for the first time in 20 years as they finished in a UEFA Cup spot. 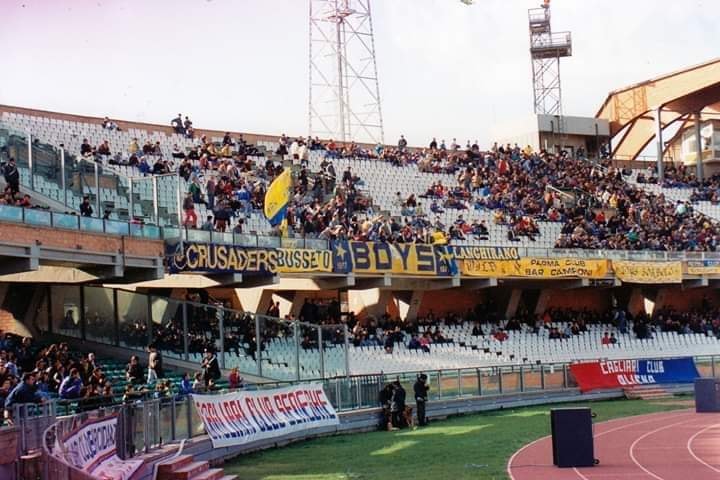